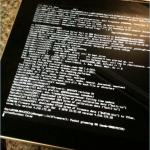 Yesterday I turned on my iPad and got the connect to itunes logo…I was a little freaked, but plugged her in to my workstation. I got a message that the ios 4.2 beta was expired and I need to update (yes, I AM a member of the Apple Developer Program).

I download the latest ios sdk, and tried to update via iTunes 10 using the iPad1,14.28C5101c ipsw . The update failed and I went into restore mode. Forgetting that downgrades are not supported, I tried to the default restore (3.2. something). Now I got an error 1015 on update… So next I restored the same ispw using iTunes again. Next I got an activation error stating the device was not registered in the developer program and to register the deviceid via the developers provision portal. I tried to go back to restore/DFU mode using the normal means (home & sleep button,etc), but it would not re-enter restore mode….it would go straight to the connect to iTunes screen. Once I connected back to iTunes, I got the same activation error again, with no way to get my deviceid from iTunes! 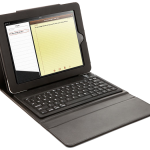 Now panic set in…I could not view the Serial #, DeviceId, etc via iTunes becuase of the activation error. All the usual tabs for iPad info in iTunes were missing. After a few deep breathes, my next thought was maybe i could someone get the deviceid from XCode if I could get back in restore mode. Unfortunately attempts to go back to restore mode failed and brought me straight back to the activate error (as described above).

I fired up XCode, plugged in my iPad (ignoring iTunes) and went to the Window menu and chose Organizer. The iPad showed up, but with no device info and with the restore button greyed out. I needed a way to force the device back to restore mode. A little googling, and I found a tool called RecBoot (available for Windows and OSX) which could for a device into and out of recovery mode. It worked like a charm and forced the device into restore mode. The restore button showed up in XCode. I restored to the latest 4.2 beta… 5 minutes or so later I was able to see the deviceid in the Organizer Window. I registered it in the developers portal, fired iTunes back up, and activation was successful.

I then did a normal restore settings in iTunes. My iPad is (almost) back where it was… I need to get a few application purchases that weren’t backed up back on the device, but it is not bricked. Whew.

If you are not a registered iOS developer with access to XCode, the iOS beta SDK, and a running instance of OSX (via a real Mac, a Hackintosh, or OSX Server running in VMWare), then you are going to have become one or make friends with someone who is!