OMG it was bad 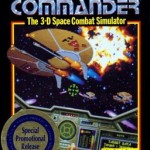 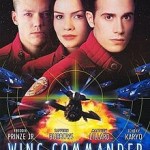 Remember the awesome Wing Commander space combat games series from the 90s? It brought space games to a whole new level and paved the way for later greatness like X-Wing vs. Tie Fighter. Just rembering it makes me nostalgic for my old Amiga 3000T.

Now… Remember the god-awful movie loosely based on the same? I actually feel compelled to watch it again to determine whether it or Ender’s Game is the worst sci-fi movie adaptation ever…. yes, it might even be worse than the abhorrent adaptations of beloved Heinlein novels.

I loved the Ender’s Game novel (despite the fact that I think the author is a homophobic ass). Tonight I watched the movie adaptation on pay-per-view. It was Bad. Seriously BAD. Not bad like your arm is asleep and this is uncomfortable type bad… not bad like you wake up on a drool covered pillow with a soggy cold cheek type of bad.  Not bad like performing your own appendectomy with a plastic picnic spoon and a shot of Jack Daniels. Bad like a volcanic eruption of doom that burns orphanages and nursery schools in a hot ash cloud of lava filling the air with youthful screams of pain-filled horror before ultimately rupturing the Earth’s crust and exposing the inner mantle resulting in a core implosion destroying the entire planet type of BAD. I plead cold med brain fuddle for even watching it.