Who is Dr. Shannon Moon, anyway? 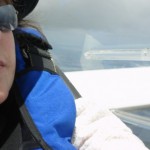 I am an uber geek that grew up with a main frame in the garage and pre-TSR80 homebuilt computers. For a number of years I worked as a paramedic in EMS services in both rural and metro environments. I enjoy teaching, and have been a certified instructor for AHA Basic Life support and Advanced Cardiac Life Support Courses. In my (not so) copious spare time, I fly fixed wing aircraft (land and sea), sailplanes,   (no more hangliding) and tinker with my Camaro. I’m also a CMAS certified SCUBA diver. Books are a favorite pastime (I should own stock in amazon.com!) I have raised over a dozen wolves, so it should be no surprise that most of my friends have 4 legs and a tail. I have been a director on the board for the Florida Great Pyrenees Club Rescue, a 501c charitable organization that has rescued over 1200 Great Pyrenees and pyr-mix dogs. When not playing with my furry friends, I am often busy researching the application of affective computing, building mechanical (robotic) ones, tinkering with MAME cabinets, painting Sumi-e, or fiddling around with a half dozen different musical instruments. Jazz drumming is my current musical passion.I am a self professed “Steampunk Girl” and am an avid fan of steampunk engineering and subculture. I informally practice Taoism and Zen Buddhism.

What are some of your hobbies?

Flying! I live to fly! There’s nothing else like it. I fly single engine aircraft (land and sea), and sailplanes and (hangliding is now out of the question following a devastating crash in 2010, and a lingering issues). Leonardo da Vinci said it best; “For once you have tasted flight, you will walk the earth with your eyes turned skywards, for there you have been, and there you will long to return.”

MMORPGs. Star Wars Galaxies was my favorite before it shut down (I was a pre-patch 9 Jedi!). . I also like World of Warcraft, and (gone now too, sigh, just like Tabula Rasa, another favorite). Update: Star Wars the Old Republic is my new favorite… I’m on RP servers with the legacy surname name “Shadowolf”. I also have high hopes for Star Citzen, the arena module shows great promise! I was a backer! 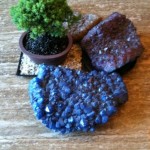 Sumi-e. I don’t profess to be a great artist, but I love the simple elegance of this Japanese style of ink painting. I’ve posted a few of my works in my online gallery.

Music. I love music! I love listening to it, and I love playing it on jazz drums, celtic harp, saxophone, classical guitar, electric bass, or synthesizer.

Robotics. I love building autonomous bots to do all sorts of weird things. My favorite platforms are Lejos (for Mindstorms) and IntelliBrain. 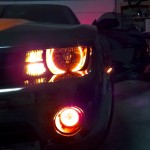 Reading. I love books…mainly the Sci-Fi/fantasy genre, but I also love many of the old classics like Hemingway, or old poets like Poe and Frost.

What kinds of pets do you have?

I don’t tend to think of the four-legged critters who share my household as “pets”. To quote Heinlein, I think of them as “junior citizens”. They’re my family, and my friends.

Currently furry family members include several dogs adopted from the Florida Great Pyrenees Club Rescue. In the past I have had friends who were domestic felines, ferrets, cougars, wolves, and wolf-hybrids,

What are some favorite books?

There are so many I don’t know where to begin.

What are some favorite movies?

I don’t restrict myself to one particular genre. From classical to alternative there is a lot that I like. I do tend towards “angstful” works such as Beethoven’s Moonlight Sonata or Garbage’s #1 Crush. Don’t get me wrong though. I don’t only listen to woeful wailing. I’m also quite a fan of happy Rave, Jazz, Celtic music, and bagpipes. And weird stuff like Kate Bush or Mouse on Mars. Rumor has it that I like Dolly Parton’s music, but if you ask me, I’ll blatantly deny it.

What are some of your favorite poems?

What are some of your favorite television shows?

Blue! No, yellow! (If you’re not a Monty Python fan, don’t worry about it). Seriously though, I guess black….although technically black is the absence of color…

Do you have geek code?

Why did you answer all these questions?

Why not, lol. Actually, I am not always comfortable talking about myself, and I find it easier to throw this stuff out into cyberspace where hardly anyone looks at it (although I do get a new question posted to me once in a blue moon).

Do you REALLY own a tank?

Ok, how did someone even know to ASK this question? Nope, not anymore.